It probably won’t surprise you to hear this, but I really don’t like revisiting episodes of the show. By the one makes its way to you, I’ve already spent months researching it, weeks writing it, and days recording it. I’m not sick of the subject matter, mind you, far from it, but going back to a show sort of robs me of the sense of accomplishment of completion. But I still have to make sure that there weren’t any upload errors, or weird little file glitches that I missed, so I always give new episodes one final listen when they drop.

I hate to say it, but I was a bit disappointed by my last episode, about Soviet agronomist Trofim Denisovich Lysenko. I felt I was so focused on the what and when of what happened, that I lost sight of the how and why. When I did try to untangle the how and why, I vastly oversimplified things in a way that did disservice to the subject.

This episode is an attempt to remedy that. I’m going to talk more about the conflicts between Michurinism and genetics, focusing on how and why they ended the way they did. If you listened to the previous episode, well, hopefully this makes things clearer. If you haven’t listened to the previous episode, well, you’re going to be very very confused. Sorry.

How did Lysenko and other crackpots first grab the attention of Soviet authorities at the start of the First Five-Year Plan?

The important thing to understand here is that there are two types of science: basic science (understanding how things work) and applied science (turning that understanding into something practical) . At the beginning of the 20th century, Russian science was very strong on the basic, and very weak on the applied. So when the Soviets went looking for ideas to boost agricultural production at the start of the Five-Year Plan, the scientists had nothing to offer. The crackpots, who were usually in the applied sciences, won by default just by virtue of having ideas.

In Lysenko’s specific case, the article by Fyodorovich boosted his profile nationally and his proletarian and ethnic backgrounds made him an attractive candidate for promotion.

Why did the scientific establishment not speak out against the crackpots at the time?

It did, but their criticism was perhaps too restrained. The entire country had just gone through an ideological revolution and people were still being killed for expressing the wrong type of opinions. It’s hard to fault the scientists of the time for being overcautious while navigating an ideological minefield.

Also, ear in mind that at this point Michurinist biology was only a vague notion. As a result there was no theoretical basis to Lysenko’s work for other scientists to criticize, and they were deferring to Lysenko as an expert in matters of applied science.

How did the crackpots stay in power?

For the most part, they didn’t. When their ideas failed, they were quietly dropped from research programs. Those who stuck around, like Lysenko and Vilyams, were the exceptions.

In Lysenko’s case, he stuck around by being a go-getter and volunteering to take on more work. His failures weren’t necessarily held against him, because the Soviet leadership would rather have had a worker who tried and failed than a worker who didn’t try.

Why weren’t scientists volunteering to take on this work?

This goes back to the split between basic and applied science.

Basic scientists conduct experiments, come up with hypotheses that explain their experimental results, and then conduct more experiments to prove and refine those hypotheses. They’re starting at the beginning, and moving forward. It’s a slow process with no specific goal, because having a specific goal will bias your interpretation of results. (This is a gross oversimplification, and if you really want to nitpick feel free to yell at me on Twitter.)

But it means that i f you ask a basic scientist to, say, produce a new disease-resistant hybrid of wheat he will tell you he can’t guarantee how long it will take or that he will achieve the desired results because that’s how basic science works.

Lysenko guaranteed results in a specific timeline because he wasn’t a scientist at all, but a praktik or technician, and a go-getting yes-man to boot. It’s like when the sales guy in your office agrees to an impossible timeline for a project in order to make a sale. He figures that when deadlines hit you can either go running back to the client for more money, or deliver a half-assed product and call it a day.

Why is Michurinist biology pseudo-science?

The simplest definition of pseudo-science is that it is something that seems to have the structure and trappings of science on the surface but actually not actually have these things underneath.

Michurinist biology, at its heart, argues that heredity is controlled by a substance that cannot observed, studied, or explained but only sort of nebulously understood through its manifestations. That’s not a scientific idea at all. It is, in fact, almost a religious idea. Which makes it pretty ironic that it was cooked up by a bunch of Communists who tried to tart it up with a fresh coat of dialectical materialism.

Why were people attracted to Michurinist biology?

For the most part, the people who were attracted to Michurinist biology were young students who were having Communist ideology hammered into them all the time, and only a superficial understanding of science.

Darwinisim and classical genetics frequently seemed to be at odds with Communist ideology and dialectical materialism. Engels, for instance, had written that it was labor that made men from apes. Students saw this as a denial of the very idea of natural selection through random mutation instead of a complementary explanation of that very process.

It’s also worth noting that classical genetics was not necessarily on the firmest footing at this point. It was a relatively new science and still highly theoretical. Geneticists had observed chromosomes and theorized that they carried genes, but the connection wouldn’t be conclusively proven until the 1940s and 1950s. Other cutting-edge genetic research was largely unknown to the Soviets.

If you didn’t dig too deeply, Michurinist biology seemed to offer the exact same answers to theoretical problems as classical genetics, with the added advantage of being specifically constructed to be compatible with dialectical materialism.

Why did the Soviets choose Michurinist biology over classical genetics in 1936?

They didn’t. The Soviets didn’t really care which theory won out, as long as the winner could produce practical advances in agriculture. At this point neither theory was doing much in that department and the state largely stayed out of the argument .

The great debate at the Fourth Plenary Session of VASKhNIL was a draw. The geneticists did not convince the Michurinists they were wrong, and vice versa. It was an inevitable outcome; the two sides weren’t even on the same playing field. But some of the arguments raised by scientists during those debates would have significant repercussions less than a year later.

Specifically, the geneticists criticized Michurinist biology for providing a practical basis for eugenics. This was a mistake. Any theory of heredity can be used to support eugenics. Bringing it up in the debate only reminded reminded everyone that many of the geneticists had been pro-eugenics prior to the Revolution. When the Great Terror started, the geneticists’ old pro-eugenic positions and their perceived obstructionism put them on the chopping block as ideological enemies of the state.

In other words, Michurinism won out not because of its own virtues, but because of its enemies’ vices. Genetics had its name dragged through the mud, and subsequently most students avoided it like the plague because of the stigma attached to the debates and purges.

How did Lysenko stay on top despite his repeated failures from 1936-1948?

Lysenko was in charge of the Lenin All-Union Academy of Agricultural Sciences at this point. He was able to falsify data and spin results to cover for his lack of substantive improvement in agricultural practice.

Also, there was a war on and that tends to insulate those from power from criticism. At least as long as they’re winning.

Why did the Soviets choose Michurnist biology over classical genetics in 1948?

Here the answer boils down to politics and ideology.

While there was a brief opening of Soviet Russia to Western influences during and immediately after World War II, it didn’t last. Stalin was growing paranoid and was eager to re-consolidate his power and he shut down those pursuing independent lines of thought.

By this point, Michurinist biology had developed to the point where it had a solid ideological foundation and was easier for Party members to support. Scientifically it was still garbage, of course, but non-scientists couldn’t see that.

One of the reasons non-scientists couldn’t see the flaws of Michurinism was that geneticists were doing a poor job of making their case. They still did not have much practical achievement to boast of, and kept using the same old arguments that had failed to convince in previous debates. These arguments had merit but clearly weren’t reaching the right people.

In the end, though, it largely boiled down to internal politics. Stalin felt embattled after the war and wanted to bolster his own position as well as the positions of those he considered allies, like Lysenko.

He may have seen the conflict between the Zhdanovs and Lysenko less as a scientific conflict and more as factional infighting. He’d had enough of that in the 1920s and 1930s, thank you very much. So when Lysenko came under attack, Stalin responded by shutting down the attackers in the harshest way possible, with official party condemnation.

It didn’t help that the Zhdanovs seemed to be the aggressors, as they were already on Stalin’s bad side by the middle of 1948. His support for Lysenko may have been considered a direct rebuke to his former right-hand-man and his son-in-law for stepping out of their lane.

Okay, so why did Lysenko finally get ousted in 1956?

Well, he no longer had Stalin to protect him. The Khrushchev regime was eager to get rid of Stalin’s allies, but had to be careful about it. Lysenko only lasted as long as he did because he hadn’t made any major mistakes, or at least any mistakes he could be purged for.

By 1956 it became clear that Soviet agricultural science had fallen far behind the West, and the development of molecular genetics had put the science on sounder footing. Lysenko had been in charge for most of that decline of Soviet agriculture, and so was in a position to take most of the blame. Independent audits of his research projects confirmed that Lysenko had been falsifying experiments and cooking the books, and so he was put out on his keister.

Folks, I hope this clears things up. I’m starting to understand why so many of those books I read were such a slog. There’s just so much going on in this story that it’s easy to get lost in the weeds.

Also, I’ve had a number of people contact me and say they were taken by the phrase “duped by Mendelist-Morganists” in the Lysenko song. I think it’s a great phrase myself, and I was considering putting it on a t-shirt, so if you might be interested in that drop me a line on Twitter. 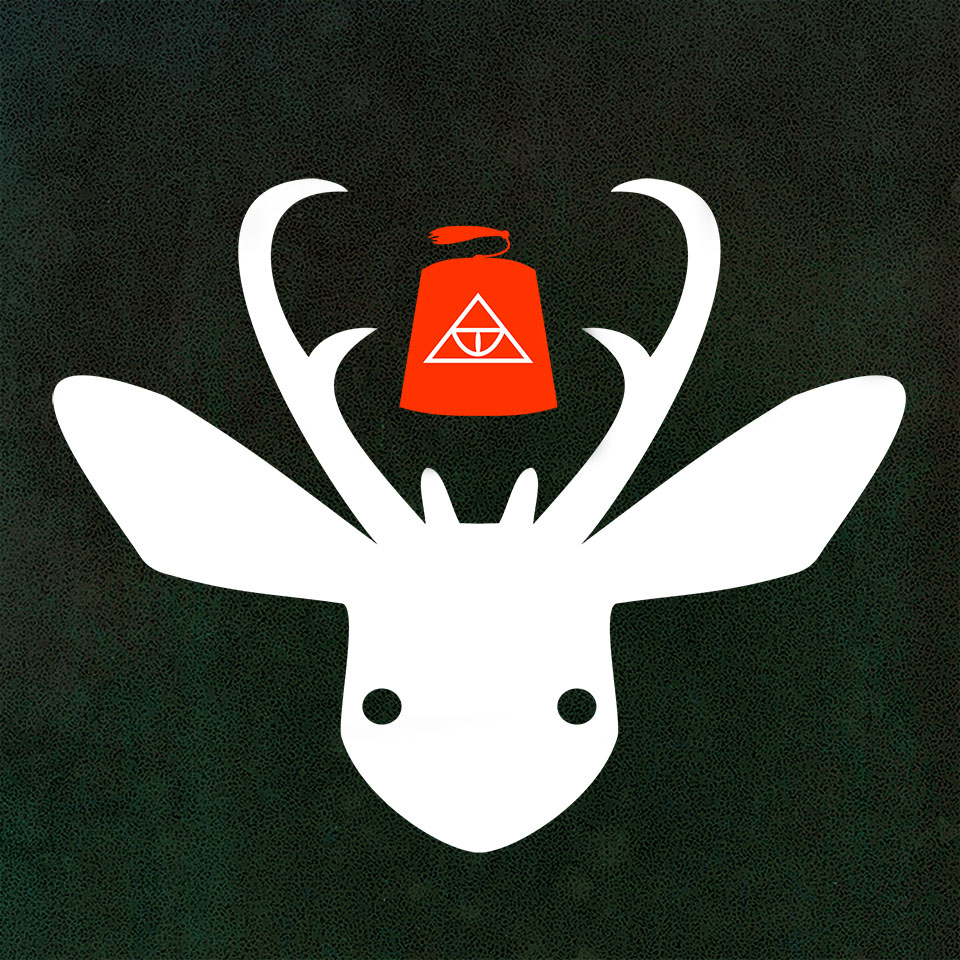 in which we own up to even more mistakes 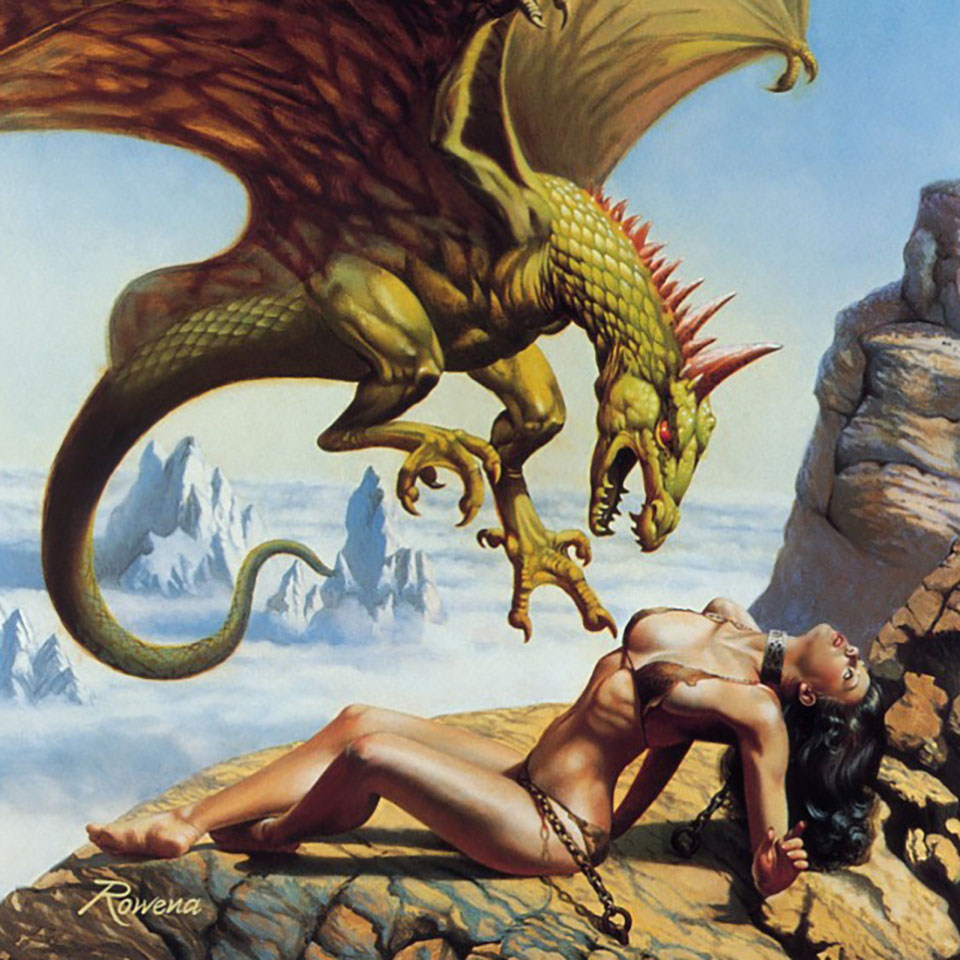 the dictator who loved bad fantasy

Rowena spent two decades building a career as a top fantasy artists... and then two of her paintings were found hanging in Saddam Hussein's "love nest." 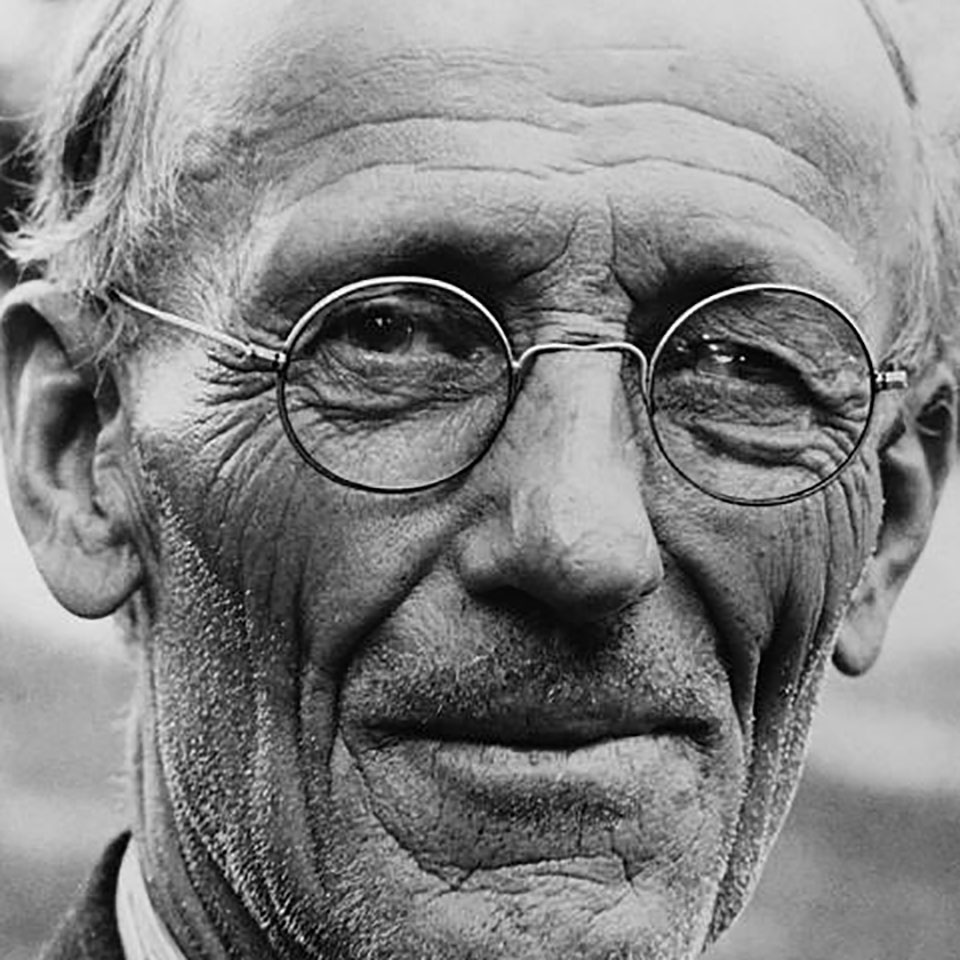 who was Gustave Blair, really?

In 1939, Gustave Blair convinced an Arizona court that he was the missing Charley Ross. But was he really? The answer has been a mystery... until now.