I’m not a serious collector of stuff. What I do collect has meaning to me in more than it just being an object to be admired. I collect for memories. There are very few things I enjoy more than planning a vacation. I love to plan out the sights I want to see. I love zoos and museums and not so popular attractions that are off the beaten path, like the National Building Museum in Washington DC. And, of course, national parks.

Most of these places have gift shops.  And somewhere in that gift shop, a machine for making pressed pennies. Or squished pennies. Or elongated coins, if you want to be fancy..

Usually the pressed penny machine is all the way in the back in an out of the way area. It’s almost shameful how these treasures are relegated, hidden from the general public. You have to search them out like an archeologist seeking the lost city of El Dorado.

Some machines have only one design. Most have three or four. Just pick your favorite design, put in a penny and a few quarters, and then crank like a maniac and voila! A pressed penny is born.

They’re not all like that. Some of them press larger coins, nickels or quarters, or even solid slugs or medallions.

There are many many many types of items you can purchase to remember a trip besides pictures. Like Shot glasses, mugs, spoons, tee shirts as well as postcards. A pressed penny has the delight of not only giving you a token of a place you visit, but you get to turn the crank, thus it becomes an actual physical endeavor token. You worked for it.

Coins had been used to make jewelry for years, mostly low-value coins with more aesthetic than intrinsic value.

The first known pressed penny machine made its debut at the 1892-1893 Chicago World’s Fair and Columbian Exposition. It was a large machine, a repurposed jeweler’s mill, used to stamp designs onto metal sheets for earrings and necklace. If you gave an attendant a nickel and a coin, he would flatten it into an oval shape impressed with the year and name of the exposition, a very simple design. It was a hit, a cheap, attractive souvenir that was fun to watch being made. Other events quickly copied the machine, starting a pressed penny trend.

Pressed pennies saw a massive decline in popularity after 1917, though they still remained a staple at large events like county fairs.

In the mid-1960s the pressed penny trade began to shift from machines at large events to the age of “private rollers,” individuals who distributed their own pressed penny designs, usually through the mail.

The current age of pressed pennies began in the mid-1970s with the introduction of the self-operated hand-cranked pressed penny machines we all know and love. This really kicked off when they were installed in Disney theme parks in the mid-1980s.

Legally, this is allowed in many but not all countries.

According to US Code Title 18 Chapter 17 Section 331, in brief, it’s illegal to mutilate coins with the intent to use them fraudulently, but since pressed pennies are made as souvenirs with no intent to pass them off as currency, they get the green light.

Section 10 of the the United Kingdom’s Coinage Act of 1971 only prohibits coins from being melted or broken up. Since pressed pennies are neither, they’re okay.

Canada does not allow coins to be altered. The actual law prohibits the defacing of a coin, and the “buttering of a current coin that has been defaced.” They use slugs in their machines. Canada stopped making pennies in 2013 anyway.

There’s also the act of putting a penny on the railroad tracks to be flattened by a passing train, also called “pennying.” There is no evidence of anyone derailing a train by pennying, or of anyone being maimed or killed by a penny placed on the tracks. There are injuries, though — mostly by Darwin award honorees who stand on the wrong set of tracks while waiting for their coin to be flattened.

But please, don’t put anything on the tracks. Be safe.

Pressed penny enthusiasts, a peculiar breed of numismatists sometimes called exonumists, prefer pre-1982 pennies. In that year the mint altered the chemical formula of pennies to have a higher zinc content. As a result they aren’t nearly as shiny or bright.

Entrepreneurs have had difficulty cashing in on the broad popularity of pressed pennies. Notably, there’s a history of failed pressed penny museums. The most famous one was probably the Squished Penny Museum in Washington DC (which closed in 2007) but there have been other, smaller museums, including one in Washington state.

I have over 165 from the states and overseas. To me, these small tokens are about the experience or memory of an event or something a family member saw and thought of me.

So. I bet you’re thinking how do you decide which pennies go get?

Well, I decide based on where I’m driving to. Be it a place down the road or one many many miles away. Let’s say I want to go to Mammoth Cave in Kentucky. Well besides the penny squishy machine at the hotel at the entrance to the park ( in the gift shop, I hear the workers are helpful in directing you to the machine) I look to see if there are other machines in the vicinity of my travel objective or in places along my route. I also look for complex designs that include the name of the place.

I am often asked, how do you know where to find these machines? It’s 2020; I use the internet. My favorite website that lists locations is Penny Collector, which has listings by state and country.

I don’t look for specific designs when seeking these treasures and every collector has an aspect of what they look for, to me it is about sparking a memory of what was there. That is if I am the one to press them myself. I’ve also been lucky enough to have friends and family find a machine, not only in the states but overseas. I was lucky enough to be given one from Scotland a few years back by a relative.

So, you have 165 pressed pennies. Which one is your favorite?

My absolute favorite one is one I got at the Star Trek Experience at the Las Vegas Hilton in 1998.

I’m assuming they don’t make those any more.

They don’t. The hotel closed that exhibit within a couple of years. It was just a quickie event.

Is that a common problem? Pressed penny machine shutting down or rotating out of service?

Oh, it happens often. Unfortunately there are a lot of places… Like in 2018, I was in Louisville and went to the Slugger Museum and got a pressed penny there. That machine isn’t there any more, and it’s only been two years. It’s very sad. But I also have a lot of pressed pennies that other people do not have because those locations aren’t available any more.

Let me ask one more question. The Canadian law prohibits the “buttering” of a coin. I’m presuming that’s not slathering it down with lard and putting it on your toast. What is buttering a coin?

It wouldn’t be lard. It would be actual butter. Buttering is welding or altering a coin instead of just grilling it or sautéing it in some butter.

The pressed penny made a big splash at the 1893 Chicago World’s Fair and Columbian Exposition. Among the other things that made a splash at the 1893 World’s Fair: hollow earth enthusiast and would-be messiah Dr. Cyrus Reed Teed (Series 4’s “We Live Inside”); faith healer and would-be messiah John Alexander Dowie (Series 6’s “Marching to Shibboleth”); and notorious Gilded Age glutton Diamond Jim Brady (Series 6’s “He Could Eat It All”). And we discussed the fair itself in Series 10’s “The White City.” 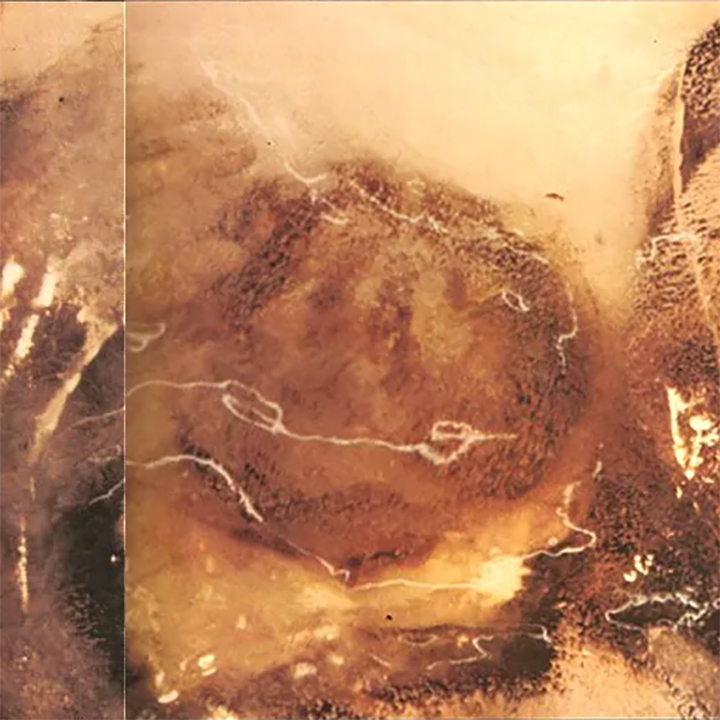 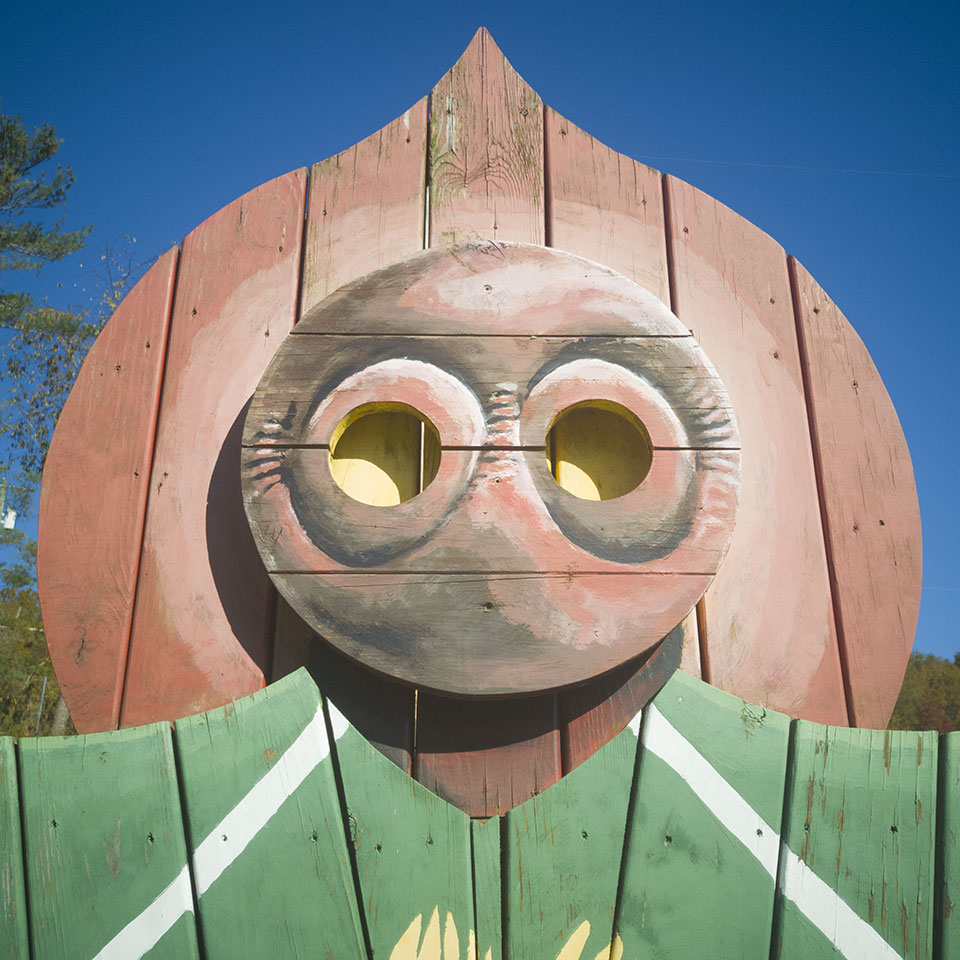 On September 12, 1952 a housewife and six kids in West Virginia ascended a foggy mountain and had an encounter with the unknown at the top.